The profession of a Narcissist: glamour & glory 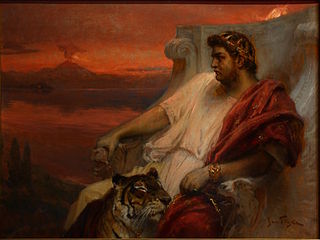 Wherever performance is rewarded with fame and honor, power and money, the Narcissus reaches his full potential. Less for the sake of the matter itself than to shine with splendor and glory. Many professions seem so very attractive to him only because they offer a wide range of opportunities to earn more plus points and therefore get his money's worth. They become all the more attractive, the more they are surrounded with an aura of altruism. And with regard to any of these professions raises the question: which came first – the chicken or the egg?

Thus: Did the Narcissist create that job because he wanted to be powerful and important or did it seem so very attractive to him, because the related tasks, competences and responsibilities were somehow necessary for a harmonious co-existence of humans and their exercise promised power and significance?

Anyway. We do not know the answer. Only a Narcissist would know. In any case, the deformation is usually brought into the profession by the owner of the function. And, once the profession itself is deformed, it becomes even more attractive to Narcissists. As it happens, many of these professions function in such a manner that allows considerable room for interpretation. Such as all those who deal with higher spiritual spheres. They are just beyond scientific analysis, even if only in their sub-areas. That means practically any job, who affects humans. In addition, sciences are rather relative by their very nature.

But some metiers are so very relative and thus all the more attractive to the Narcissist: Pastoral care, pedagogy, therapy and medicine for example. As well as all those professions that decide on the rules of the game of living together or their interpretation. Or people who are above the law by nature of their profession like politicians, judges, lawyers and professors. And especially, of course, those who completely ignore both, the general rules of the game and science, such as artists, self-proclaimed gurus, prophets and miracle-workers of all kinds.