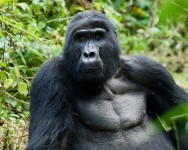 Narcissus and the basics of ape management

We are talking about that distant time, when the upper monkey still drummed on his chest, bared his teeth and chattered loudly to impress his monkey herd. Back then, when the lower-ranked ones were smart enough to mime subordination, while at the same time taking any opportunity to saw the legs of the executive‘s chair. This, obviously, lies in the genes of alpha animals.

The leader rallied the most attractive females around him and those were usually quite willing to do so, because they could thus improve or consolidate their position in the pack.

And the Narcissist strives to reproduce himself as often as possible, if only because this was a quite common method to increase their own following at those days. Furthermore the powerful handed out popular rewards among their followers, for example, by promoting the real toadies.

In addition, one found oneself regularly on the Jungle meetings to louse each other mutual. This cult for the power, in which the rulers of the primate dynasties used to bask, was later to shape the courtly etiquette significantly. To the present day this tradition serves above all one purpose: the satisfaction of the needs of the upper monkey.

A place in the Sun

But why are the lower ranked making monkeys of their selves, when they face any teeth snarling, chattering and drumming Narcissist? Well, if You were living in the jungle security in the pack was simply more beneficial to survival in the long run. And if You saw no chance to prevail successfully against the boss, You wanted to shine in his corona at least.

In addition, they hoped for a palm tree roof over the Head in return for the subjugation, for protection, security and something like love. And a little later, it was about the time, when the first monkeys began to think about life, there was a further need added, namely the search for the meaning of life and answers to the biggest of all questions: What is happening to me after death? And who had a reasonably plausible answer to that question, from then on, of course, had the Joker until not so long ago.